Kicking off our Hawaii series we take you to Hilo, located on the Eastern side of the Big Island. For anyone planning  a trip to Hawaii be sure to include the Big Island!! We stayed 5 nights in Hilo and 5 nights in Kona. Most tourists go straight to Kona but Hilo is probably the easiest place to base yourself for volcano related activities. And yes, the volcano national park is a must see!

The Hilo side of the Island also has many beautiful waterfalls as well as a beautiful coastal scene. In all honesty to cross from one side to the other or to even circumnavigate the Island won’t take you that long! You could do the whole Island easily in a day. [Sidenote, I don’t recommend this, go slowly and enjoy it in parts! Hilo is a very small town but there are plenty of cute stores to wander through. Walking distance from the town is the beautiful Rainbow Falls.

We went for a swim up the top which was very nice after working up a sweat mountain goating over the rocks. The waterfall is about 25metres high (80 feet) plunging over a natural lava cave. Like a lot of places we’ve visited there is a Hawaiian legend that goes with this waterfall. The mother Hina of the demigod known as Maui lived in the cave behind the curtain of the waterfall. Hina is a the goddess of the moon and she would work on the river bank. While she worked she would sing, much to the delight of a giant lizard named Mo’o Kuna would sneak out to listen. He would knock rocks over the edge to splash and wet her work which meant she would have to start again and keep singing. Over time she grew more and more frustrated then one day, Kuna swatted a huge boulder over the falls blocking the entrance to Hinas’ cave.  Cold water started rushing in, ruining her possessions. Maui who asked the clouds to keep watch over here was signalled and came to the rescue. Using his fishing spear Maui split the boulder with one strike.

By this stage Maui was fuming and started to chase Kuna but he sneakily stayed well below the waters surface. Not sure what else to do Maui called upon Pele who is the volcano goddess and asked her to erupt, pouring molten lava into all the streams.  Nothing in the water survived. Now you can see the two parts of the great boulder, they are overgrown with plants but are still visible. At the lookout to the falls there is a plaque with the short version of this legend, but if you would like to read the whole thing have a look at  fiction wordpress. 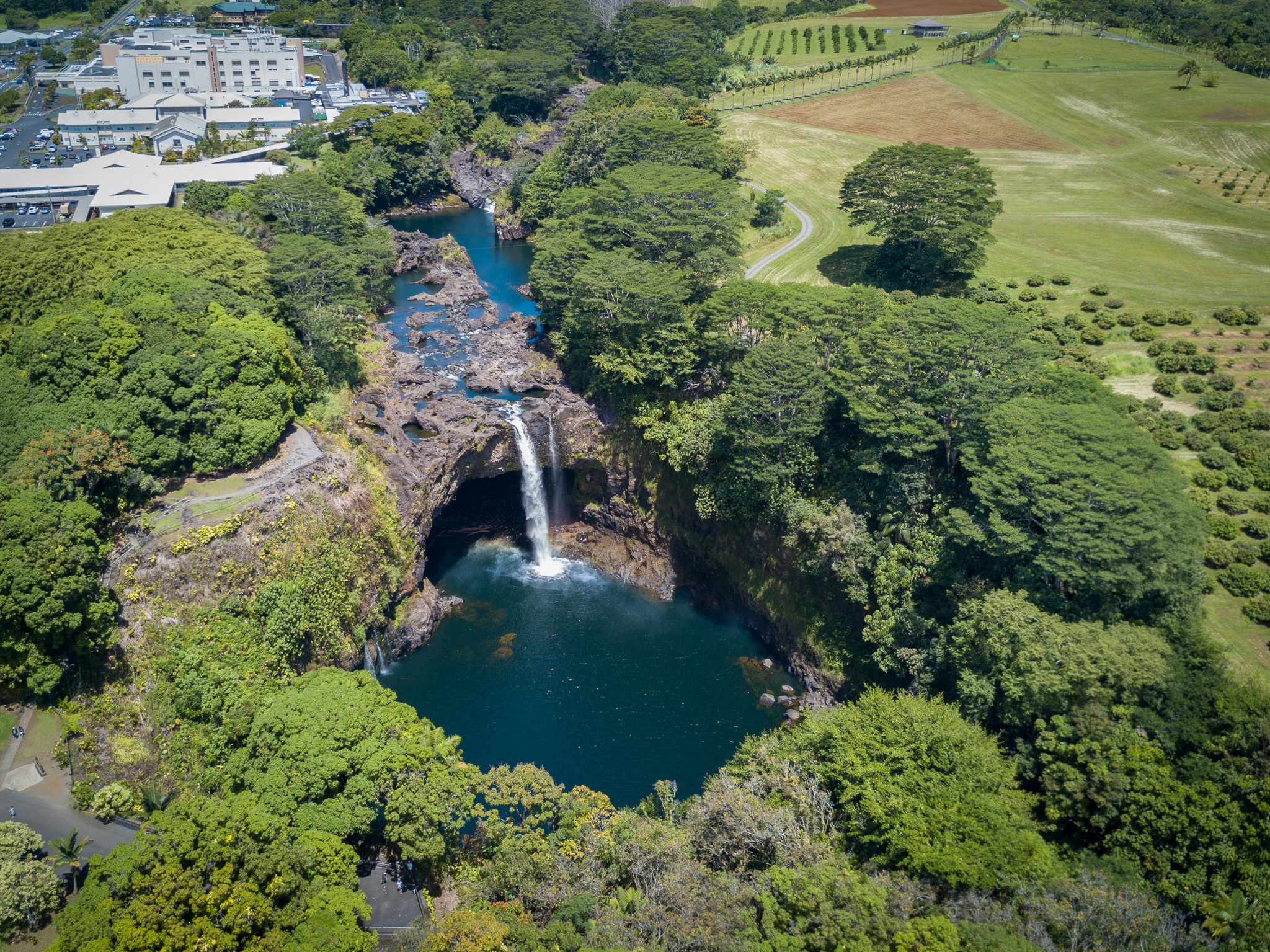 Stay tuned for our next post in the Hawaii Series! More adventures around the Big Island ?